How to choose best hotel in Teplice, Czech Republic

How to choose a spa hotel in Teplice

Sanatoriums.com experts visited the Teplice resort, which is located in the north-west of the Czech Republic, 90 km from Prague, in the Bilina river valley at the foot of the Ore Mountains. The height of the city center above sea level is 228 meters, the population according to the 2019 census is slightly less than 50,000 people. In this article we will talk about how to decide on the right choice of a spa hotel in this resort. There are 4 spa hotels presented on the sanatoriums.com website for the Teplice resort: "Beethoven", "Cisarske Lazne" ("Imperial"), "Kamenne Lazne" and "Judita". We will compare them by location, comfort, food quality and, most importantly, medical base.

This factor for Teplice is not entirely relevant. There are no drinking springs that you need to constantly go to, as, for example, in Karlovy Vary. Teplice is not a drinking resort, but the Bilina town is not far away, where "Bilinska Kiselka" mineral water comes to the surface, which helps with some diseases of the gastrointestinal tract. Mineral water "Bilinsk Kiselka" is brought to the spa hotels "Beethoven" and "Imperial". The main healing factor in the resort is sulfate-bicarbonate-sodium thermal water with a high content of minerals and impurities of radon. The thermal water of the Teplice resort in combination with a complex of rehabilitation techniques has a unique therapeutic effect on the body. More than 96% of patients who underwent treatment in Teplice noted a positive effect of treatment at the resort. All spa hotels are located in the city center, each of them has a park, the territory in the district has no hills and offers unhurried walks in the fresh air.

To this criterion we include the quality of the rooms, hotel amenities and opportunities for spending free time. In our opinion, by far the most comfortable rooms in spa hotels "Kamenne Lazne", "Cisarske Lazne" and "Judita". 90% of the rooms have showers, which can be considered an advantage. Climate control systems so far only exist in "Judita" and only on the upper floors. There are no kettles in the rooms, everywhere there are TVs with English-language channels and Wi-Fi. In each of the spa hotels there are conditions for people with disabilities. You can find out more about the rooms on the pages of our site. Each resort has a lift for guests' convenience.

There is a wellness center only in the spa hotel "Beethoven", where there are 2 pools, both filled with thermal water (23x13 and 20x6 meters) and equipped with hydromassage facilities. There are several types of saunas and a fitness room. Guests at other resorts can use this wellness center at an additional cost. There are small rehabilitation pools filled with thermal water in the other three spa hotels. Information about the possibilities of visiting the pool can be found on the page of each spa hotel in the section "Services". Sauna is in "Judith" and "Imperial". In "Kamenne Lazne" and "Judit" there are salt caves, as well as fitness rooms, which the "Imperial" has at their disposal. Each of the spa hotels has its own parking.

Book a spa hotel in Teplice

Each resort has its own restaurant. Breakfast is always buffet style, lunches and dinners are optional from the menu. We evaluate the quality of food as follows: they are well fed in "Cisarske Lazne" and "Kamenne Lazne", it is mid-level nutrition in "Beethoven" and "Judita". In "Kamenne Lazne" there is a special restaurant where parents with children can eat, and right in the hall of the restaurant there is a children's corner. In each of the spa hotels, it is possible to prepare certain types of diets according to the agreement reached at the initial examination with a doctor. You can consult with a nutritionist about proper nutrition in the spa hotels "Imperial", "Beethoven" and "Judita".

The main specialization of the Teplice resort is the treatment of diseases of the musculoskeletal system. This is due to the fact that thermal water is extracted from the bowels of the earth, which is supplied to each of the spa hotels and is used in the main procedure - the thermal bath. Pools are filled with the same thermal water, they are undergoing physical rehabilitation under the supervision of a physiotherapist. Experienced doctors and medical staff work in every spa house. Note that in the spa hotel "Judita" absolutely all the baths in which the procedures are performed are filled with thermal water. Everywhere during the procedures, modern equipment is used, unique devices are used in the spa hotel "Judita", for example, an anti-gravity device that allows a patient with less load to restore the limb's motor functions under zero gravity. There is also a stabilometric platform - a device for analyzing a person’s ability to control the body position, using the principles of biological feedback. Again, in the "Judita" hospital there is a pool unique to the resort with a path that can rise and fall. This pool is used to improve motor activity, it is especially good to carry out exercises for people with cardiovascular diseases in it, since the level of patient immersion in water can be adjusted. In "Beethoven" and "Judita" the Redcord equipment is used for kinesiotherapy, qualified physiotherapists work everywhere

Teplice resort has been famous for many years for treating patients from the age of 6 months with a complex disease such as cerebral palsy. There is a special clinic for children - “New Lazne”, where in the treatment of small patients with neurological diseases, apparatuses such as “Lokomat” and the so-called “cosmonaut costume”, as well as other advanced techniques, are used to restore limb functions and acquire skills. But accommodation in "New Lazne" cannot be booked on our website. Parents with children stay in the spa hotel "Kamenne Lazne", where there are all amenities for patients with disabilities and in this spa hotel, as well as in "New Lazne", there is everything necessary for carrying out procedures, with the exception of "Lokomat" and "Space suit". There are specially trained medical staff, treatment is carried out according to the Voight technique. But in "Kamenne Lazne" can also be treated and adults.

Gas injections, dry and wet carbonic baths, pearl baths, hydroxer, various types of electrotherapy, which have a positive effect in the treatment of the musculoskeletal system diseases, are carried out in each spa hotel. Here, the resort also uses the dry spine traction procedure, it is carried out in "Kamenne Lazne", "Cisarske Lazne" and "Beethoven". Adult patients with physical disabilities, including those with cerebral palsy, can stay in any of the spa hotels, provided that they can independently move and take care of themselves. In Teplice, if the patient moves in a wheelchair, it is important that he be treated with accompaniment. The most comfortable for accommodation will be “Judita” and “Imperial”.

Let's summarize. Choosing a spa hotel in the Teplice resort, focus on the quality of comfort and food. If it’s important for you, first of all, to treat cerebral palsy, then here in the first place is the spa hotel "Kamenne Lazne". In general, we want to say that in each of the spa hotels in the Teplice resort the treatment of the musculoskeletal system diseases is carried out at the proper level. Despite the fact that in some spa hotels there are special unique devices, which we talked about earlier. On our website for each of the hotels in the Teplice resort there are author’s videos, where we show and tell everything in detail, we are sure that these videos will also help to make the proper choice. If you have any questions, feel free to contact us by toll-free numbers or write to e-mail, social networks, Skype and messengers. We will be happy to help answer any question that interests you! 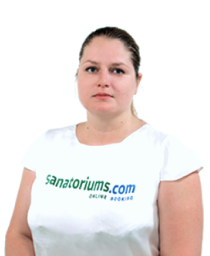 Read all about choosing a spa hotel in Teplice FAQ 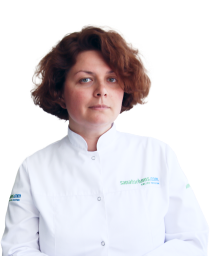 Book a spa hotel in Teplice